The Tata group has played a stellar role in India’s development. On the 75th anniversary of our country’s independence, Tata Central Archives launched an exhibition - 75 Years of India’s Independence & the Role of the Tata group.

Speaking on the occasion Harish Bhat said, “Nation Building has always been the guiding principle of the Tatas. The commitment to nation building was articulated by J.R.D. Tata when he said – “No success or achievement in material terms is worthwhile unless it serves the needs or interests of the country and its people”. The group pursued J.R.D. Tata’s philosophy during the past 75 years through four streams of endeavour: building industries that serve the nation, building Institutions that serve the nation, building people who serve the nation and building ideas which serve the nation. I feel so proud to be part of a group which has always held that what is good for India is good for Tata. The exhibition which you will see displays Tata group’s journey which has mirrored India’s journey during these 75 years.”

Addressing the gathering, Suprakash Mukhopadhyay said, “The Tatas have been pioneers not in industrialisation but in the area of human development also. Today, the criteria of Environmental, Social, and Governance (ESG) has gained importance. However, this concept has been practiced by Tata group right from its inception. Since the Tata group was formed, it has worked for the public good and has always strived to making a positive social impact. In spite of their many achievements, the Tatas have always maintained a low profile in all their activities. This exhibition will serve as an inspiration to the younger generation on the vision of the great Tata leaders and the group’s values.”

The exhibition traces the group’s pioneering efforts in the growth of India’s industrialisation. It highlights the Tata-India journey through various phases spanning across the pre-independence colonial era, post-independence era of consolidation and post-liberalisation era of expansion. It showcases the various companies founded and the milestones accomplished by the Tata group during these eras that contributed to the development and the progress of the nation at large. It also recounts the group’s contribution in the field of sports and philanthropic activities.

Each section of the display highlights photographs, letters, and other interesting documents that reflect the unparalleled contributions made by the group to the country. 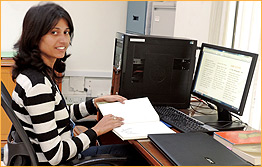